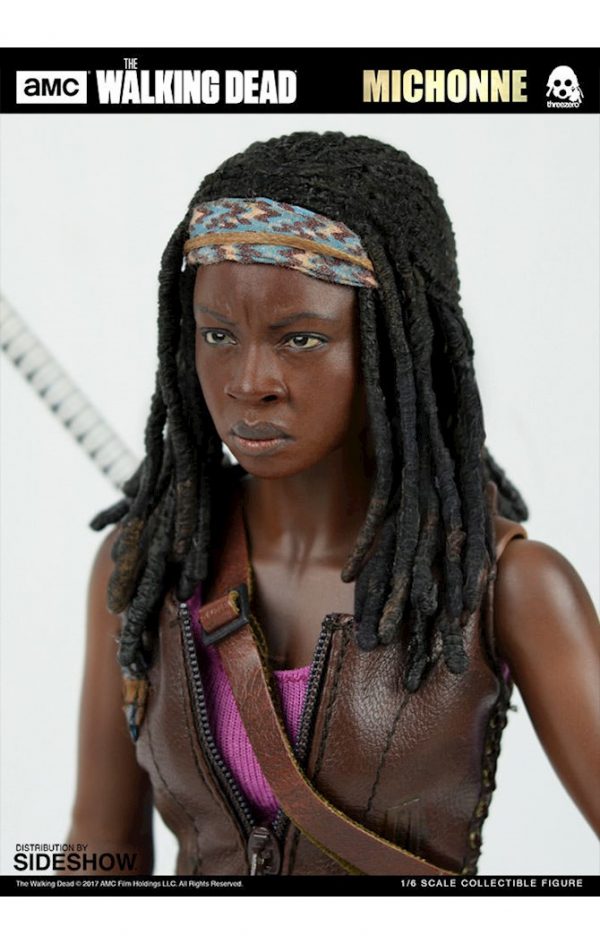 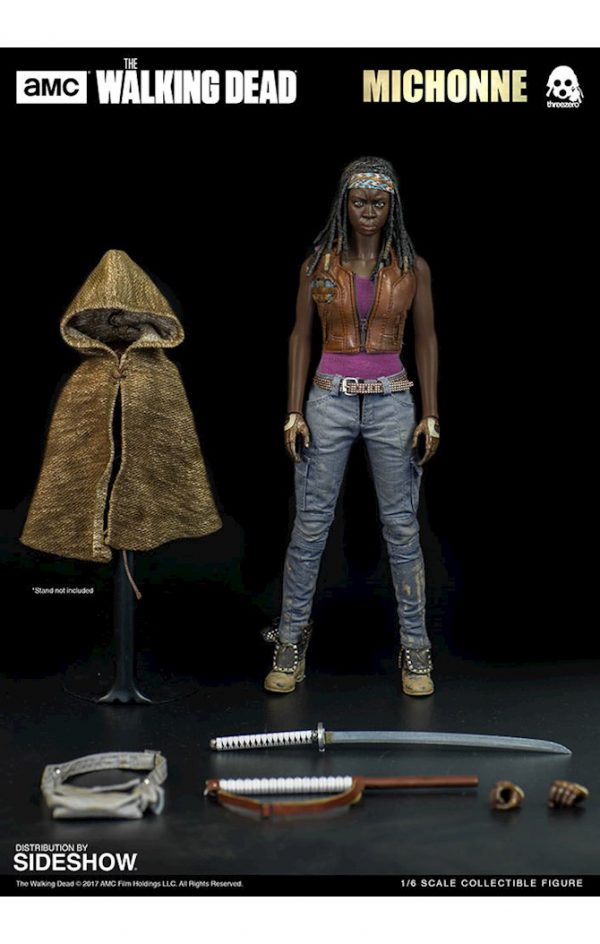 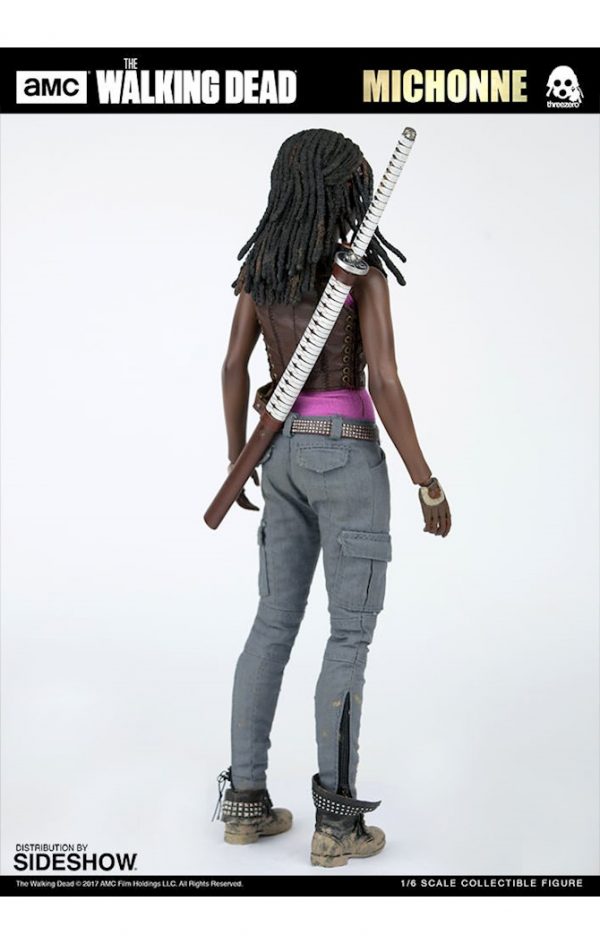 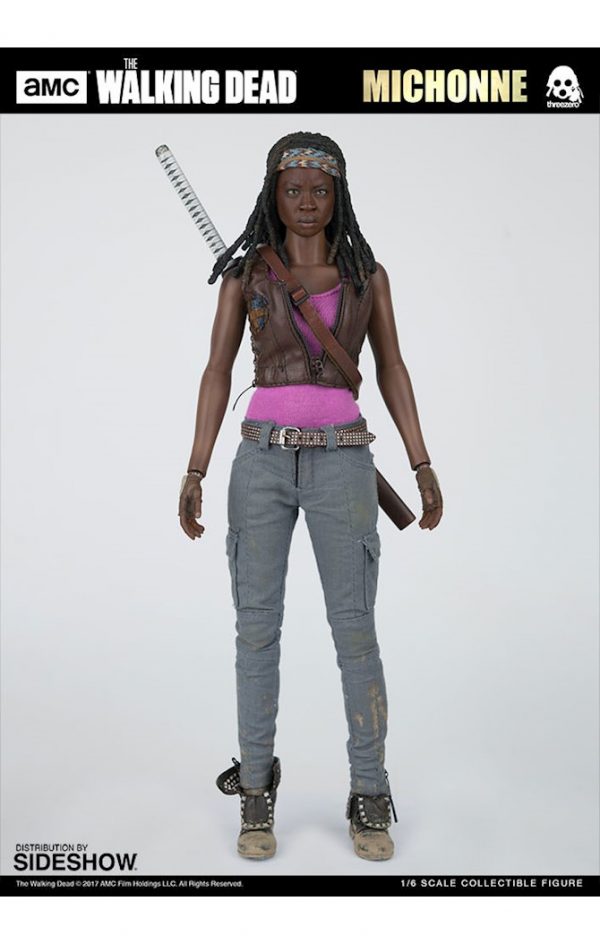 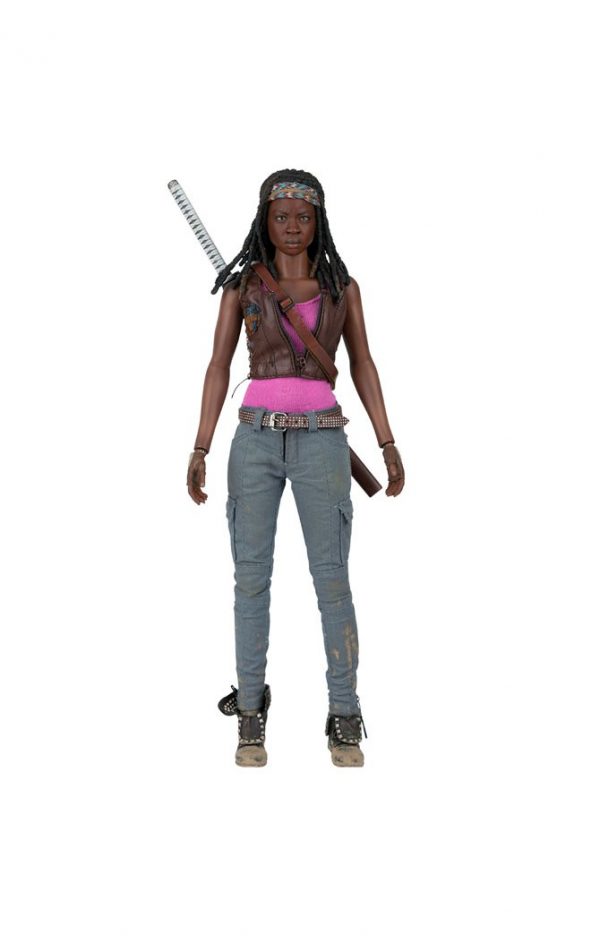 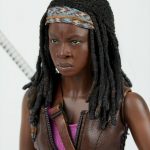 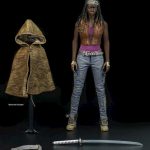 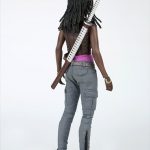 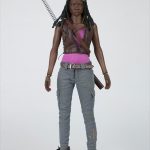 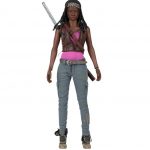 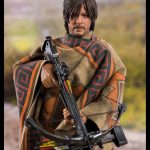 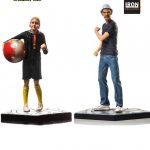 The Walking Dead is a comic book series created by Robert Kirkman with art by Tony Moore and Charlie Adlard. In the United States, the material came out by Image Comics and, in Brazil, by HQM. The plot shows a group of survivors in a post-apocalyptic world dominated by cannibal undead who only die with the destruction of their brain. The series was awarded the Eisner Award for Best Continent Series in 2010, and was nominated for Best Drama Series on TV in 2011 at the 1st Critics’ Choice Television Awards. Performed by Danai Gurira, armed with a Katana sword, and excellent at handling it, Michonne is a tall-enough survivor with a past wrapped in mysteries. When it appears in the series, as much in the TV as in the HQs, she walks next to two zombies of which she removed the arms and the jaws, extinguishing thus the possibility to attack it and taming both, which she uses like chargers and like mechanism of camouflage of other zombies.
ITEM SPECIFICS
Brings
– Two pairs of interchangeable hands.
– Soft PVC dermis on the arms.
– A cloak.
– Includes accessories: belt, messenger bag.
– Sword katana with hem and handle.
– Approx. 30 cm high.

Please feel free to ask any question about the item!

There are no reviews yet.

Free shipping on all orders over $299.

Feel free to contact any time.We`ll come back ASAP!